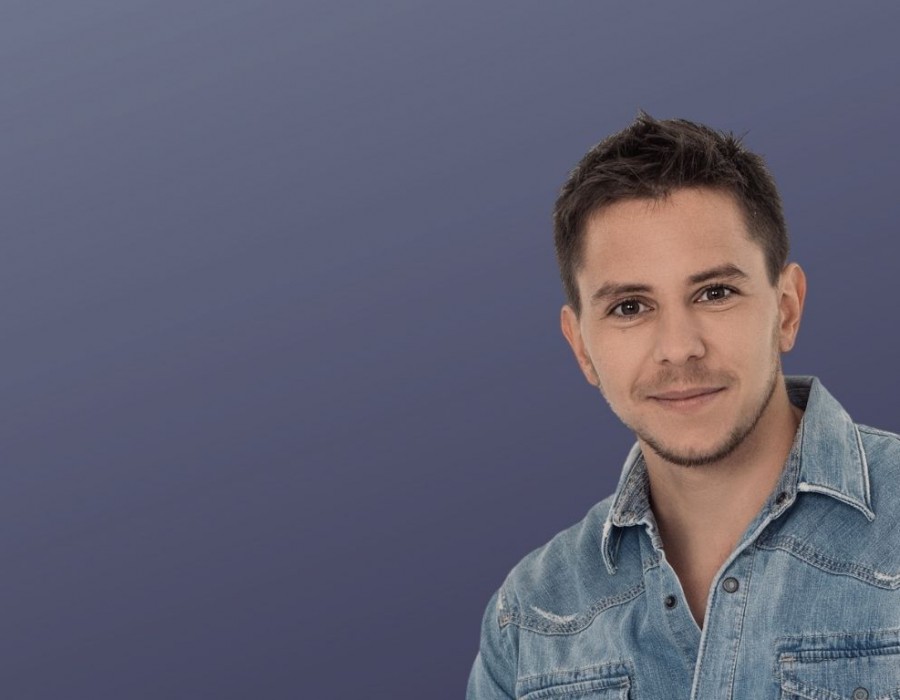 "For me, the most lifelike Esti is Zsombor Barna. Apart from fitting the appearance of the character to a tee, he gives a virtuoso performance, completely identifying with the happy-go- lucky rascal, and is a delight to watch. He visibly revels in the spotlights of the dark room and in every role the casting roulette drops him."
— Magyar Narancs (Mária Gubán)

Barna is one of the most popular puppeteers of his generation. He regularly performs in dramatic theatrical productions, and audiences know him from a number of movies and television series as well.

He graduated from the University of Theatre and Film Arts in 2017, majoring in acting and puppeteering, under the guidance of János Meczner and Gábor Tengely. During his university years, he was awarded an Erasmus Scholarship to participate in a master class in Siena, and also studied in Canterbury at the University of Kent, School of Arts. He has been a member of the
Budapest Puppet Theatre company, where he had spent his student practicum.

He laid the foundations of his career in television with being on the permanent cast of the hit TV series Barátok közt (“Among Friends,”) and with starring in a guest role in series Ízig-vérig (“With every ounce of my being,”) and A tanár (“The Teacher.”) Barna also played an English-speaking role in the Canadian drama series X-Company.

He starred as the lead role in the film adaption of Gábor Vaszary’s novel Ketten Párizs ellen (“Two Against Paris.”) Among many other movie roles, he appeared in Jupiter’s Moon, Idegenek (“Strangers,”) and Szokásjog (“Common law.”)